It’s that time again and I can’t believe it’s come so soon. Eid Al Fitr literally just felt like yesterday and we’re already at Eid al Adha! For those of you who don’t know, as Muslims, we celebrate two Eid’s in a year. Yeah, a little bit like two Christmas’s which is really cool as we get to enjoy double the celebrations! This Eid’s decorations are about these lovely DIY glitter balloons.

Decorating is the part I really get excited about. I’ve really come to enjoy preparing and putting up the decorations just before Eid. Last time I had bought a bunch of different types of ceiling decor and suspended them from the ceiling (you can read about it here Decorate Your Home). This time I’ve decided to stick to just the balloons. They’re not just plain balloons though, they are glitter dipped balloons and I have prepared a lovely little tutorial for you if you’re looking for decorating ideas.

The best part about making these balloons was the look on my son’s face when he woke up from his nap. He couldn’t believe his eyes! He has started to talk lately so the first word that came out of his mouth was “wow” as he pointed up. Just priceless! And then he kept saying “the pops”. Pop’s are his way of saying balloons. It made me feel really happy that he acknowledged them and was genuinely so excited about them. He still tries to reach and catch them although they have been up for a couple of days now. I hope that excitement lasts until Eid! 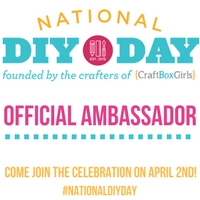